On 12 December 2018, the Board of Directors of Eastern Printing Public Company Limited (EPCO) has approved EPCO to purchase shares of the WPS (Thailand) Co., Ltd. (WPS), which is a company that is in the printing business of newspapers, books and other printing material in the amount THB42.25 million shares or 84.50% of registered ordinary shares of WPS from the Nation Multimedia Group PCL.

On 10 July 2019, the Board of Directors of EPCO has approved EPCO to purchase more shares of WPS in the proportion of 15% of WPS’s shares at a price THB9.645 per share according to the price agreed between EPCO and the seller in the amount of THB72.34 million. After the acquisition, EPCO will hold shares in 99.50% share. Additionally, EPCO will sign a share purchase agreement of WPS and transfer of WPS shares from the seller within July 12, 2019.

According to increasing 15% share of WPS, the Board of Directors has considered these transactions carefully and then by considering all the conditions, the appropriate value for trading and expansion of facilities to packaging. The Board of Directors had opinions that the acquisition of assets mentioned above is an appropriate transaction and will benefit the Company and shareholders. 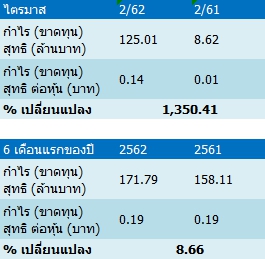 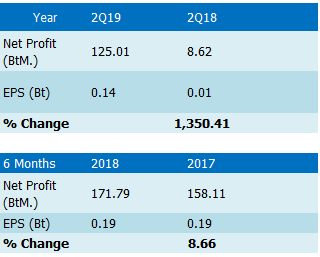 For the 2Q2019, the revenue from sales increased to THB 412.28 million or 65.38% YoY mainly due to the increase of printing business income, WPS, and electricity sale in Vietnam and Japan. Moreover, EPCO recognized profit from investment in the associated companies in the amount of THB 122.74 million, increasing by 544.55%. 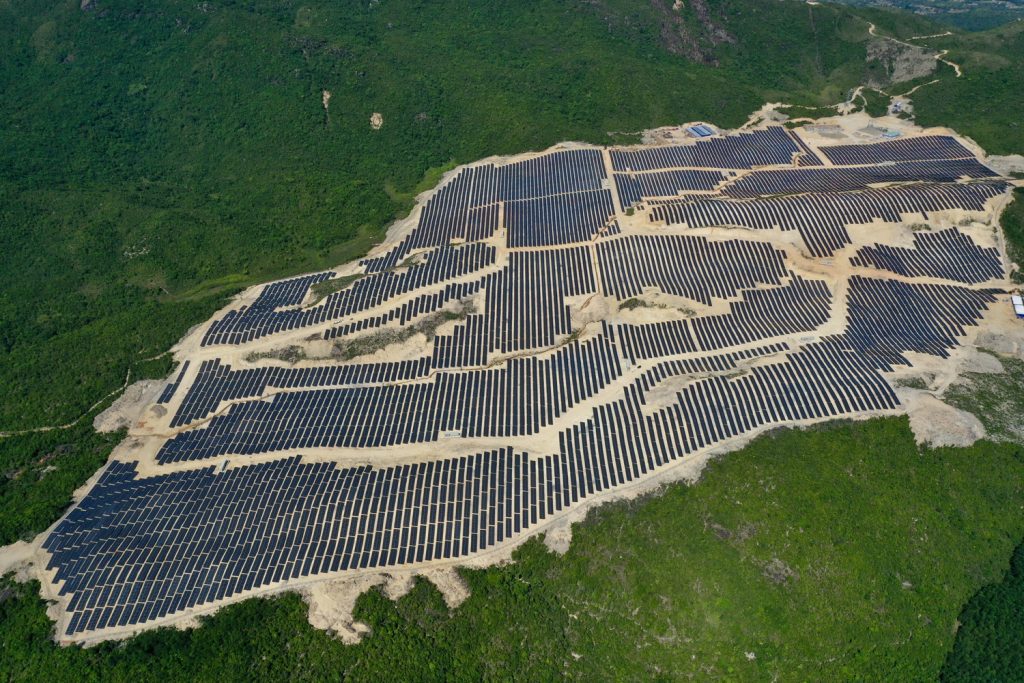 Prior to entering into the sale and purchase of shares and debts of SPM to BGC, SPM will purchase PKS’s shares from the existing shareholder who is a director of Nam Viet Hung Investment Corporation in a proportion of 2% with the purchase price at par value plus 5% of profit.

Moreover, the Board of Directors of EPCO has also approved EP, a subsidiary of the company whereby EPCO holds 75% of the total shares in EP, to incorporate additional 2 subsidiaries in Hong Kong whereby EP is the shareholder holding 100% shares of such new subsidiaries. This is to restructure the shareholding structure of foreign subsidiaries.

Regarding the transaction, EP will enter into an agreement to purchase shares and debts of SPM whereby EP will sell its shares held in SPM in the amount of 2,000,000 shares or equivalent to 100% of its total shares in SPM (as of 6 September 2019) including the short-term loans from related companies for PKS in the outstanding amount of approximately THB 1,259.00 million.

The final installment will be the value of the disposed assets consideration adjustment, by adjusting the value of consideration. Such value will be increased by the estimated cash and cash equivalent including account receivables and receivables from other operations, withholding tax (if any), decreased by the account payable and payable from other operations, which remains in SPM on the completion Date.